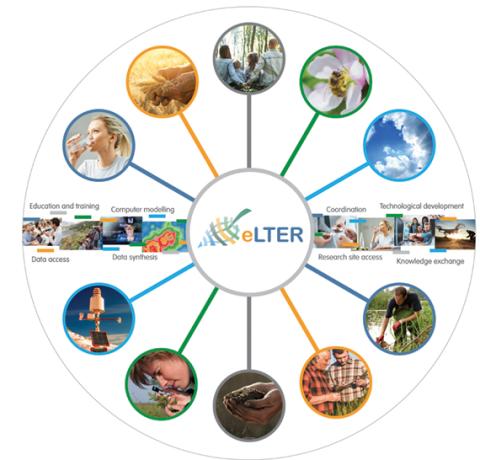 The European ecosystem research infrastructure being developed by LTER-Europe and Critical Zone Observatories achieves a major milestone, paving the way for its further development.

The pan-European eLTER Research Infrastructure (eLTER RI) has been included on the ESFRI 2018 roadmap. This is a significant achievement for the European ecosystem, critical zone and socio-ecological research communities and it paves the way for the further development and formalization of eLTER RI.

The eLTER ESFRI process is led by the German Helmholtz Centre for Environmental Research (UFZ) in close cooperation with the Environment Agency Austria (EAA) and with support of the German Federal Ministry of Education and Research. 17 countries supported the ESFRI application politically and 161 research institutions in 27 countries signed the scientific MoU of the eLTER RI.

The UK input to the process is being led by the Centre for Ecology & Hydrology, who coordinate ECN, the UK LTER network.

The formal launch of the ESFRI Roadmap 2018 will take place in September back to back with the International Conference on Research Infrastructures (ICRI 2018) in Vienna.

ESFRI is the European Strategy Forum on Research Infrastructures. It was formed in 2002 at the behest of the European Council, and is a strategic instrument to develop the scientific integration of Europe and to strengthen its international outreach. The ESFRI mission is to support a coherent and strategy-led approach to policy-making on research infrastructures in Europe, and to facilitate multilateral initiatives leading to the better use and development of research infrastructures, at EU and international level.

The next step in the process is to prepare a proposal for a Preparatory Phase Project (PPP), which will develop key components of eLTER RI such as the legal entity, governance structure, Head Office, Topic Centres, the standard observation programme, the physical network of LTER Sites and LTSER Platforms included in the RI and the services that the RI will offer to users. The requirements of a wide range of stakeholders will be considered in this process, for example, to take account of emerging strategies in European environmental monitoring.

When fully operational, eLTER RI will be a permanently funded and managed distributed infrastructure of field stations covering European environmental zones. These field stations will be designed to support excellent science on the functioning of our life supporting systems (a whole-system approach). It will provide a range of services to end users, including access to highly instrumented and expertly staffed sites and to their long-term environmental observation data. Additional services, such as data synthesis and modelling, support for research and technological development, and training programmes, will be provided via Topic Centres. The RI will also provide a range of outputs supporting policy and science users, such as information on the European environmental trends.