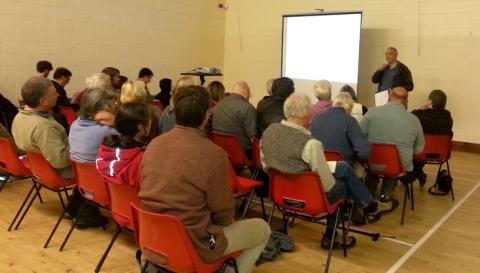 At a workshop in Kincraig, North East Scotland, ECN's Jan Dick presented the results of a four-year mammal recording study using heat-triggered cameras. The day was designed as part of a drive in citizen science to collect data for a mammalian atlas of North East Scotland, due for publication in late 2015.

Jan, who works for the Centre for Ecology & Hydrology and manages research at the Cairngorms ECN site, presented the first four years of data from a set of cameras deployed at the site, which is less than 5 miles from the workshop venue.

Camera traps are a practical and relatively simple way to collect information on the wildlife of an area. They can be used either for short or long term monitoring. Jan showed how the cameras at the ECN site had been used in long term monitoring and to study the interaction of biodiversity and people.

Since the camera monitoring work is not a core ECN protocol, staff time to analyse the data is limited and the ECN team rely on students and volunteers. Similarly, acoustic monitoring of birds is also dependant on volunteers. Jan attended the citizen science workshop in order to encourage citizens to get involved. 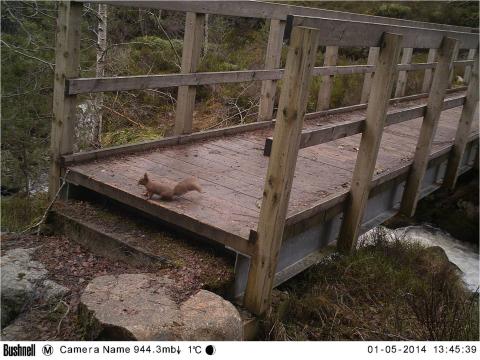