This site lies in the North Pennine uplands of England and has an area of 74 km2. It is England's highest and largest terrestrial National Nature Reserve (NNR), a UNESCO Biosphere Reserve and a European Special Protection Area. Habitats include exposed summits, extensive blanket peatlands, upland grasslands, pastures, hay meadows and deciduous woodland. Altitude ranges from 290 to 850 m and a large part of the catchment of the River Tees, from its source near Great Dun Fell to High Force waterfall, is included in the reserve. The site comprises two areas divided by Cow Green Reservoir, which were each separate NNRs until 1999.

The Moor House area was in the first group of NNRs created in England when it was designated in 1952. It extends from the upper edge of enclosed land in the Eden Valley, over the Great Dun Fell (848 m), Little Dun Fell and Knock Fell to the upper end of Cow Green Reservoir on the River Tees. The Tees forms its northern boundary. The geology is Carboniferous in age, with alternating strata of limestone, sandstone and shale into which the dolerite of the Great Whin Sill intrudes. The gently sloping eastern side of the area is overlain by glacial till, making poor drainage, which has led to the development of blanket bog with peat 2-3 m deep. The vegetation here is dominated by Eriophorum (cotton grass), Calluna vulgaris (heather), and Sphagnum mosses. The western side of the area is steeper and the soils and vegetation are more variable.

The land is owned by Natural England, and provides free range common grazing (mainly sheep) for villages in the Eden Valley. Research has been undertaken on the site since the 1930s by Universities and Institutes. A wide range of upland issues have been investigated especially the impact of land use change, climate change and the deposition of pollutants, and the functional processes of blanket peatland and streams. In the 1960s and 1970s the area was intensively studied as part of the International Biological Programme and in the 1990s as a flagship site of the Terrestrial Initiative in Global Environmental Research (TIGER). There is a small field lab available for researchers.

The Upper Teesdale area was designated in 1963 and extended in 1969 to protect the unique communities of arctic-alpine plants and other flora and fauna. From Cow Green Reservoir it extends southwards to the summit of Mickle Fell (788 m) and eastward, down the Tees, to High Force waterfall. The geology, soils and vegetation of much of the area are similar to Moor House, but an unusual feature of the area is the 'sugar limestone' soil which is derived from limestone metamorphosed by the doleritic intrusion. It is this soil and damp river-side soils which support many of the rarer plant species. The area is subject to a Nature Reserve Agreement between Natural England and the land-owners and tenants.

The Trout Beck, which has its catchment entirely within the Moor House National Nature Reserve, is an ECN Freshwater Site. 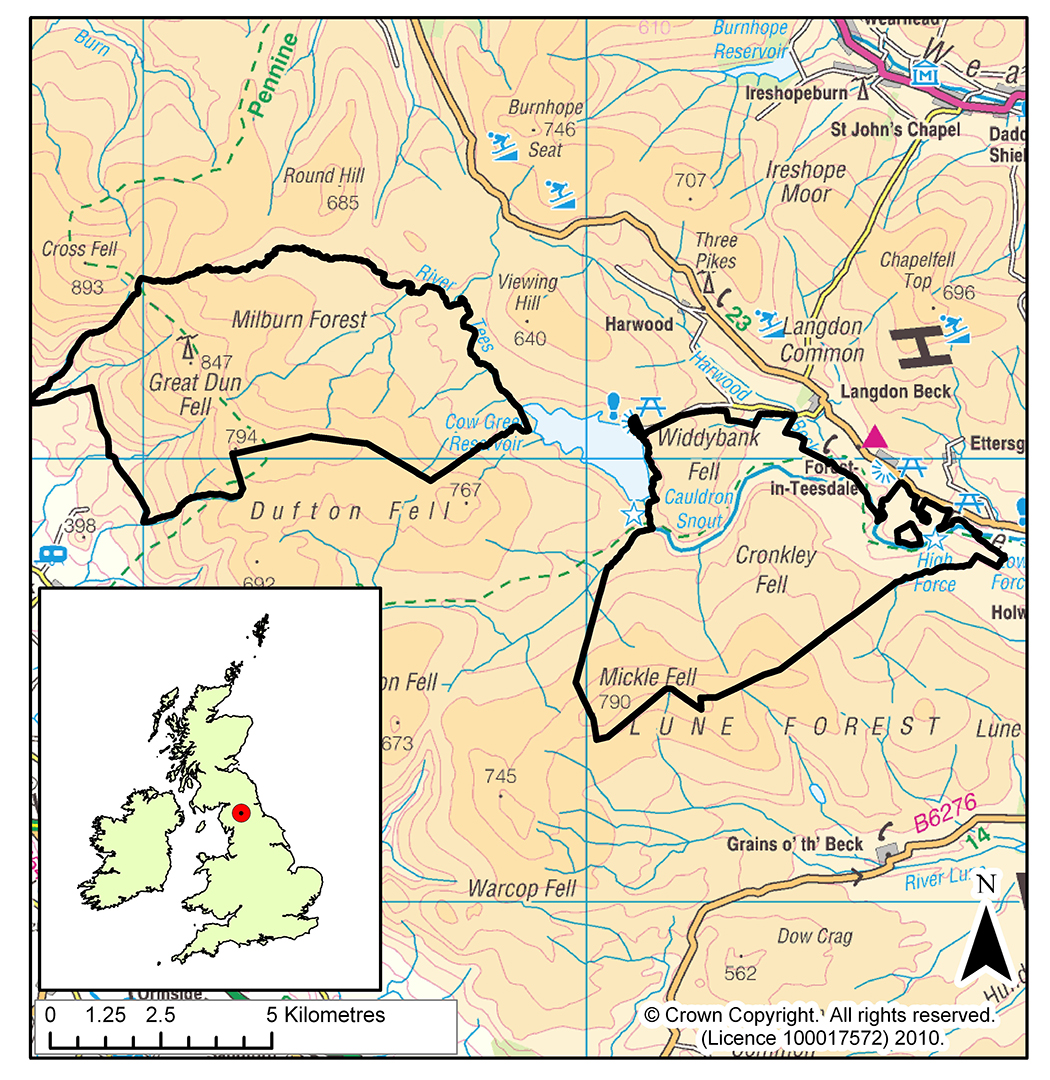