Wytham is 5 km north west of Oxford. The whole site is encompassed by a loop of the River Thames. About half the site is woodland (400ha of SSSI designated woodland), the rest (370 ha) organic mixed farmland.

The altitude ranges from 60m on the river flood plain to 165m at the top of Wytham Hill. A change in geology and soil type parallels the topography with alluvium beside the Thames overlying Oxford Clay. Away from the river, the clay is exposed with a large area of deep, heavy soils which are often waterlogged in winter. Towards the top of the hill there is a thin band of sandstone, giving rise to sandy soil in places and the very top of the hill is composed of coral rag limestone covered by extremely thin, well-drained soils.

The woodland at Wytham can be divided into three broad categories of roughly equal area: ancient, secondary and plantation. The ancient woodland has never to our knowledge been cleared and there has been continuity of tree cover since the prehistoric 'wild wood'. It has however had a long history of management, which for many hundreds of years took the form of coppicing. Although this was abandoned in the early twentieth century, the characteristic growth form is still clearly visible. The secondary woodland has grown up naturally in the last 200 years or so, after the abandonment of wood pasture, pasture or cultivation. The National Vegetation Classification places both ancient and secondary woodland in community W8, Fraxinus excelsior - Acer campestre - Mercurialis perennis woodland. Neither of these woodland types are actively managed today. The oldest plantations are beeches of approximately 200 years old, but most are 50 - 60 years old. Within the woodland there are patches of semi-natural grassland, of both ancient and recent origin, and scrub.

The farm is mainly extensive grassland managed under the Upper Thames Tributaries Environmentally Sensitive Area Scheme and Countryside Stewardship, with some arable land, interspersed with hedgerows and some small wetland areas.

Oxford University has owned the Estate since 1943 and many pioneering studies in ecology have been carried out. Long-term records exist on many topics, in particular on birds, small mammals, and badgers. Nearby, the Radcliffe Meteorological Station in Oxford possesses the longest series of temperature and rainfall records for one site in Britain. Wytham was a flagship site for NERC's Terrestrial Initiative in Global Environmental Research (TIGER) programme. 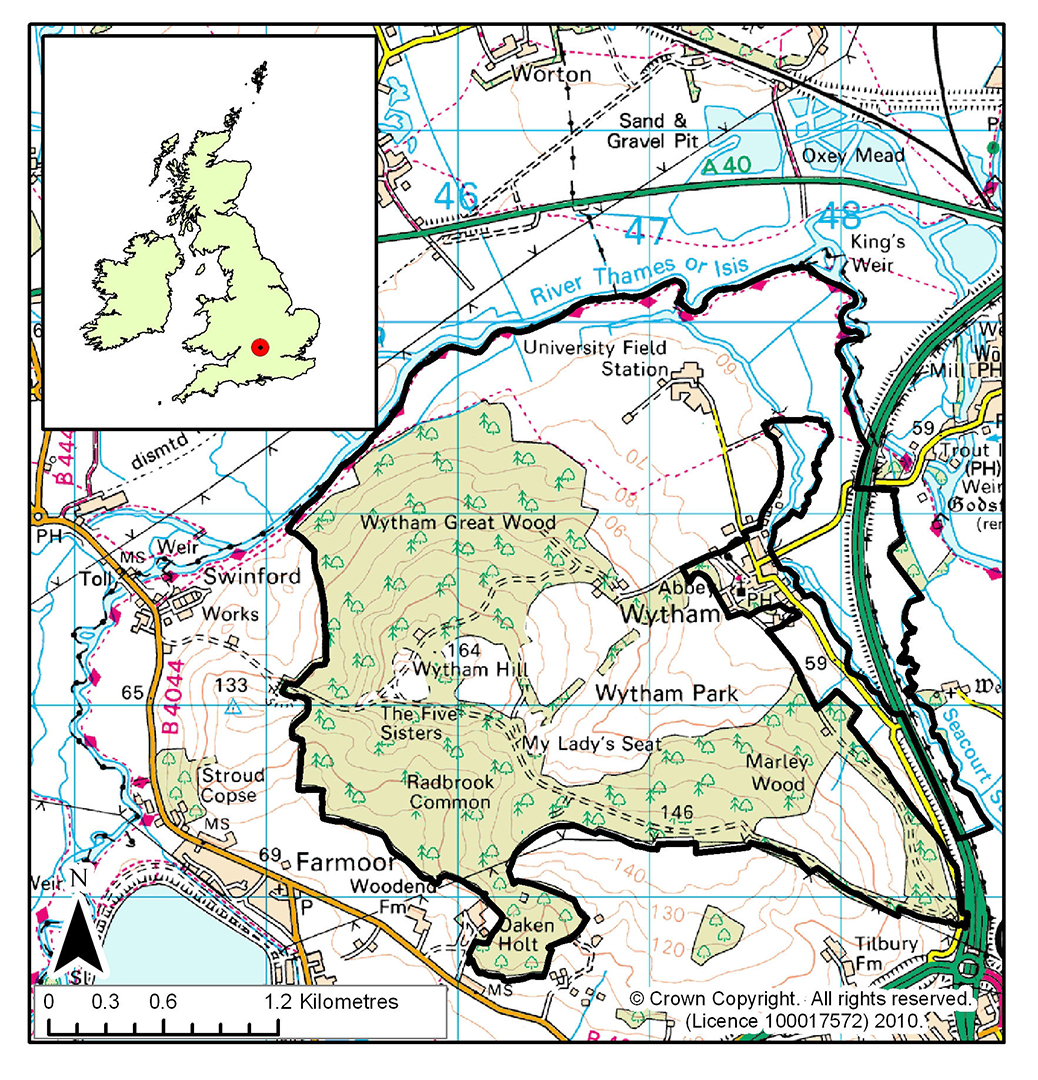