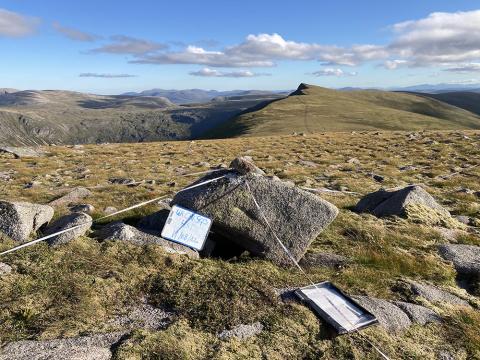 ECN Cairngorms staff at UKCEH were busy during August re-surveying high altitude vegetation as part of an international study. The GLORIA (GLobal Observation Research Initiative In Alpine Environments) survey takes places every seven years and aims to record changes in mountain top flora across the globe. This is the fourth survey year, with previous surveys taking place in 2001, 2008 and 2015. Four summits in the Cairngorms region are included and a range of vegetation recording methods are used to determine the species present and their extent.

Although data collection is ongoing, there are preliminary indications of higher numbers of tree saplings (including Scots pine, Pinus sylvestris) on our lower summit (742 m) this year, while a downy birch (Betula pubescens) seedling has been recorded for the first time.

The survey took several weeks and the weather ranged from howling winds and lashing rain to glorious sunshine. 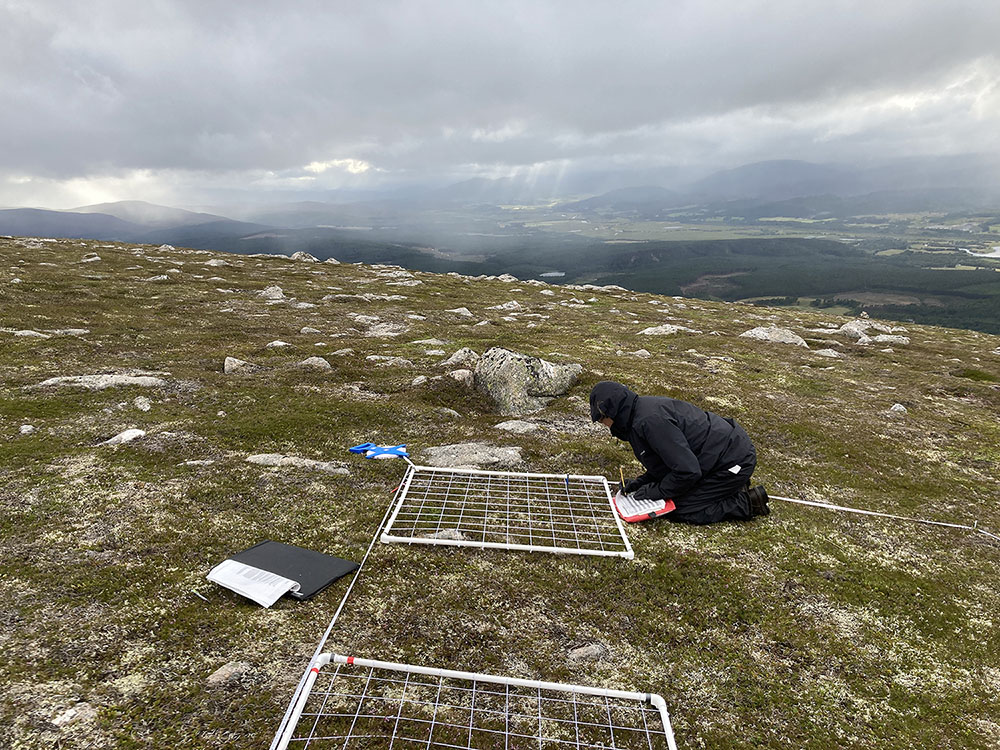 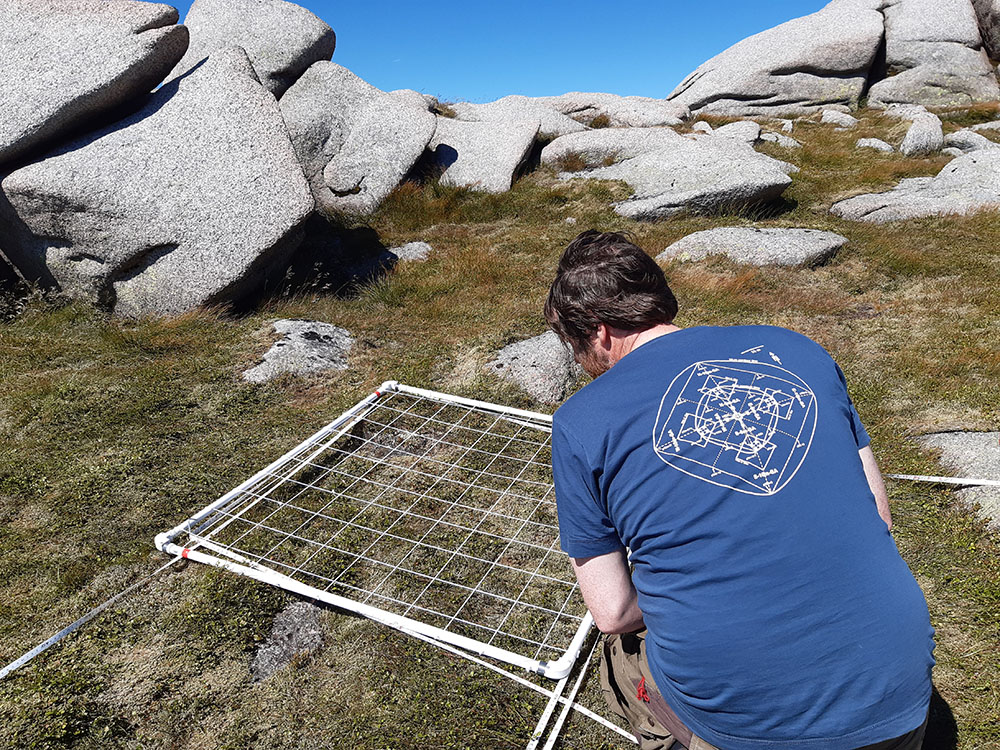