Areas of sinking air which result in high pressure are called anticyclones (the opposite to an anticyclone is the cyclone or depression, which is covered next).

High pressure systems have small pressure gradients (ie the air pressure doesn't change rapidly).  This means that the winds are gentle. As the air sinks, it warms up, leading to warm and dry weather.

Anticyclones are much larger than depressions and produce periods of settled and calm weather lasting many days or weeks. Anticyclones often block the path of depressions, either slowing down the bad weather, or forcing it round the outside of the high pressure system. They are then called 'Blocking Highs'.

Weather conditions in the UK can vary between summer and winter anticyclones, as described below. 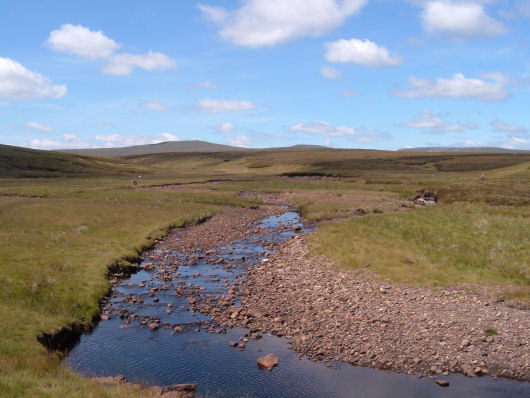 Now you know the characteristics of anticyclones, try looking through the ECN archive of photos, taken at our sites, and see if you can find pictures which appear to have been taken during periods of high pressure. You could also look at photos you have taken yourself.