As the UK’s long-term environmental monitoring and research (LTER) programme, ECN has been collecting detailed environmental information from a range of terrestrial sites over the past 20 years. Work at these sites has great potential for groundtruthing Earth Observation (EO) data collected by satellites, aircraft and Unmanned Aerial Vehicles (UAVs, drones).

Meanwhile, monitoring at ECN sites should benefit from recent advances in satellite image resolution. A range of exploratory studies are helping to elucidate links between reflectance signals and a range of ecosystem properties and processes. These studies could also benefit the development of tools for conservation management.

This work complements an objective of the European Long-Term Ecosystem Research community to strengthen operational links between remote sensing and the European LTER infrastructure. Work on this was carried out during the eLTER H2020 project.

There are also ECN data available for Drayton, a lowland agricultural site in the English Midlands, from 1993-2014. 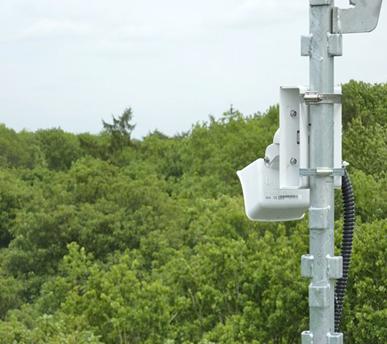 ▲Camera mounted on the flux tower at Wytham 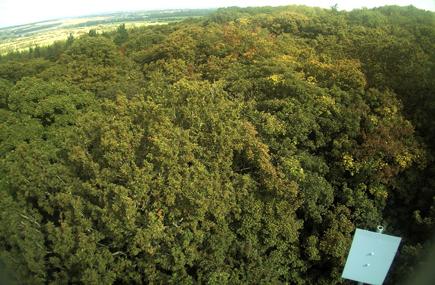 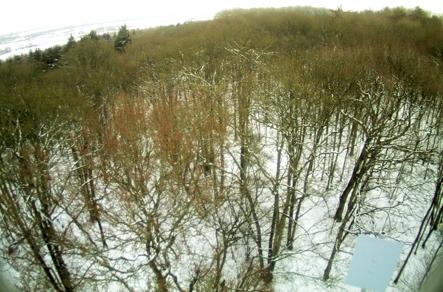 Alice Holt is a research forest in Hampshire. Forest Research have installed 180° field of view ‘fish eye’ cameras mounted on a flux tower, two viewing the canopy and one facing upwards. Digital images captured every 30 minutes from these cameras over a two year period were analysed and compared with eddy covariance measurements of CO2, H2O and energy fluxes. The RGB ‘Hue’ parameter was found to correlate closely with actual photosynthetic rate, demonstrating the potential of very simple imagery to inform on changes in this fundamental ecosystem function. 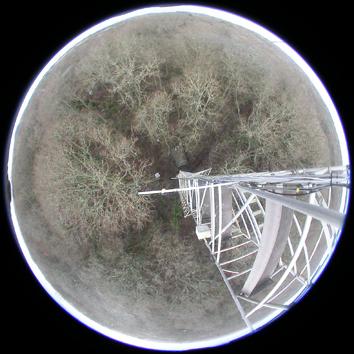 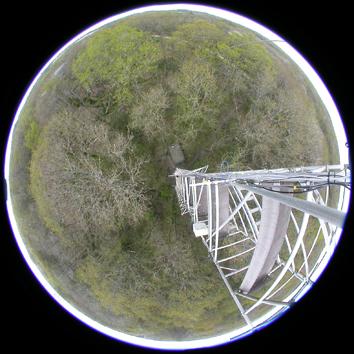 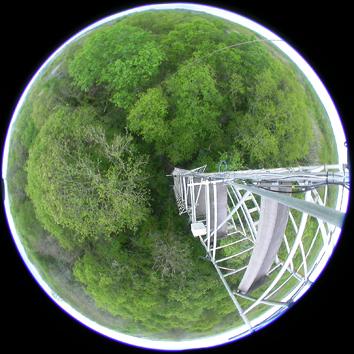 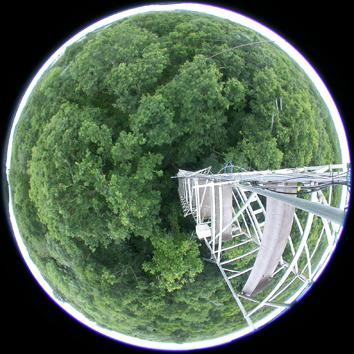 Moor House is a moorland site in the North Pennines. UKCEH have been collecting daily images of dominant vegetation types since 2010 from fixed cameras. Digital image analysis used to infer variation in greenness and flowering patterns is now being complemented by NDVI (Normalised Difference Vegetation Index) sensors. Separately, images from a series of drone flights during 2015 were used to characterise the spatial distribution of broad habitats at sub-metre resolution. This approach should assist land managers in assessing the changing ecological quality of their sites. 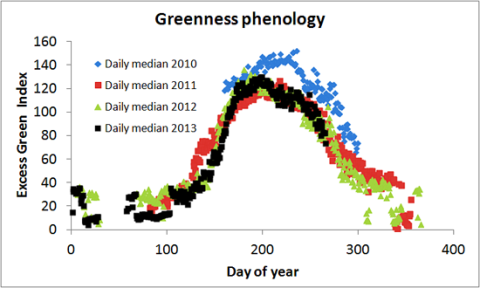 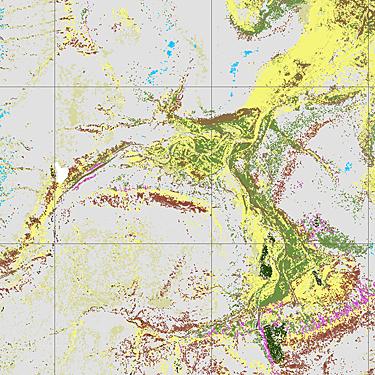